He was a resident of Grass Lake since 1976, coming from Centreville where he was a graduate of Centreville High School.

He was the owner and operator, with his wife, of Buscher Lawn Mowing and Landscaing since 2003. He was a production manager and designed for Luxliner in Sturgis for 17 years. He was a member of the Moorepark Community Church in Three Rivers and enjoyed fishing, hunting, riding in his restored Mustang with his wife, ‘55 Chevies, NASCAR and most of all spending time with his children and grandchildren.

There will be no visitation. Cremation has taken place. Funeral services are at 10 a.m. Saturday at the Moorepark Community Church, 55701 Wilbur Road, Three Rivers, with Pastor Ken Miller officiating. Private burial of cremains will be in Prairie River Cemetery, Centreville.

Memorial contributions may be directed to the Moorepark Community Church for Mission Funds. Envelopes are available at the funeral home. 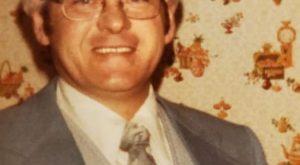