Bob graduated from Mendon High School with the class of 1941, and was a Life Member of the Free and Accepted Masons Lodge #137 in Mendon. On March 23, 1949, he married Louise Anderson in Pontiac. She died in 1994.

Bob engaged in general farming for 12 years and was a heavy equipment operator for more than 35 years and was a member of Operating Engineers Local 324. He enjoyed fishing in his spare time.

He was preceded in death by his parents; and a brother, Maurice Kline Sr.

In keeping with his wishes, cremation has been conducted. A memorial service will be held at 11 a.m. Saturday at the Mendon United Methodist Church, with Pastor Ward Pierce officiating, followed by a gathering in the social room of the church. A private interment will be held later in Mendon Cemetery.

Memorials may be directed to the Mendon United Methodist Church. An online register is available, and condolences may be left at www.eickhofffuneralhome.com. 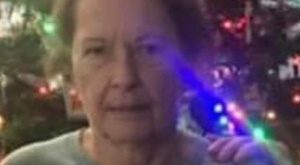