Charlie Harley Thompson, age 69, of Three Rivers, passed away Sunday, July 25, 2010 at his home surrounded by family following a lengthy illness. He was born in Dalton, Georgia on January 5, 1941 the son of John C. and Mary Magline (Fowler) Thompson.

Charlie has been a resident of Three Rivers for over forty years. He was employed for twenty years at the former Essex Wire before working in steel construction for Martin Steel Erectors for over twenty five years. On September 17, 2000 he was united in marriage to Nancy Jean Hughey. Charlie loved to garden, fish and camp, and he especially loved his two dogs “Muffy and Roxie” and all of his grandchildren.

A Memorial Service will be held 11:00 a.m. on Thursday, July 29, 2010 at the Hohner Funeral Home, with Pastor Mike James of the Portage Church of Christ officiating. 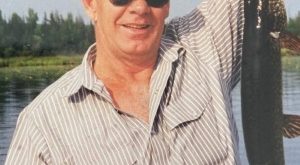