Wendell Holmes Malcolm, age 89, of Colon, passed away, Sunday, Aug. 29, 2010, at his home, after several months of failing health.

Wendell was born May 3, 1921, in Hastings, a son of the late Charles A. and Minnie (Sisson) Malcolm.

Wendell graduated from Lake Odesa High School with the class of 1939. He then served in the U.S. Army from July 1942 until November of 1945, during World War II.

Wendell had worked 23 years for the Michigan Department of Transportation, retiring in 1983.

He is survived by his wife of 64 years, Doris, of Colon; two sons; Robert Lee Malcolm of Three Rivers and Gary Lee (Marilyn) Malcolm of Coldwater; five grandchildren and nine great-grandchildren; and a sister, Charlotte Mills of Grand Ledge.

In addition to his parents, Wendell was preceded in death by a brother, Norris Malcolm.

The family will receive relatives and friends from 2-4 p.m. and 6-8 p.m. Wednesday at Schipper Funeral Home in Colon. A Masonic service will take place at 7:30 p.m. Wednesday under the auspices of the Colon Masonic Lodge #73.

Funeral services celebrating the life of Wendell H. Malcolm will be held at 11 a.m. Thursday at the funeral home, with Mr. David J. Farrell officiating.

If desired, the family asks that memorials be made in memory of Wendell to the Colon American Legion Woman’s Auxiliary (scholarship fund). Envelopes are available at the funeral home. 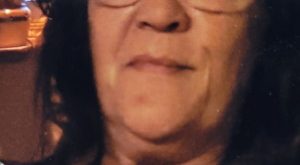