Steve had resided in Sturgis since 1984, coming from Melvindale.

On July 19, 1985, he married Debra Holderman in Sturgis. This marriage ended in divorce.

He was a welder by trade and a member of the Eagles Lodge #1314. He enjoyed fishing and camping, and was an avid fan of NASCAR and the Earnhardts.

Steve is survived by two sons, Brad Layson and Brandon Layson, both of Sturgis; a daughter, Sheree Ohmart of Hart; four granddaughters; his mother, Roberta Layson of Sturgis; two sisters, Laura (Larry) Johnson of Sturgis and Karen (Dave) Cormier of Florida; a brother, Joseph (Frances) Layson of Melvindale; and several nieces and nephews.

In accordance with his wishes cremation has taken place. A memorial graveside service and burial of the ashes will take place at 1 p.m. Thursday at Fort Custer National Cemetery in Augusta, where full military rites will be conferred by the Fort Custer Honor Guard and the U.S. Army Honor Guard. 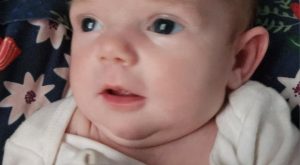