She was a Sturgis resident for the past 20 years, coming from Three Rivers, and had lived in White Pigeon for several years.

She was married to Roy Merritt for many years. They were later divorced, but remained friends. She was a homemaker and a volunteer for social services and COA as a driver. She enjoyed sewing, crocheting and crafts and was a past member of the Lighthouse Church in White Pigeon.

Surviving are two daughters, Jackie Merritt and JoAnn Vanderwall, both of White Pigeon; two sons, Donald (Annete) Merritt of White Pigeon and Rex (Tammy) Merritt of Sturgis; eight grandchildren; five great-grandchildren; a sister, Sara (Jack) Thompson of Florida; a brother, Alvin Edward Carvey of Sturgis; her ex-husband, Roy Merritt; and several nieces and nephews. She was preceded in death by her parents and two brothers.

Relatives and friends may call from 6-8 p.m. Thursday at Farrand Funeral Home of White Pigeon, where services will be at 2 p.m. Friday. Interment will take place in White Pigeon Cemetery. 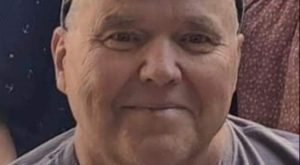