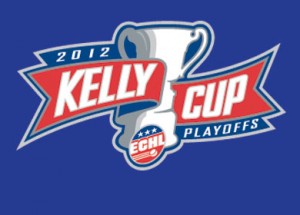 About the teams: The Kalamazoo Wings (38-26-2-6) finished first in the North Division and clinched their third consecutive division title in the process. The Wheeling Nailers (37-26-4-5) ended the season with a second place finish in the Atlantic Division. Meeting three times during the regular season, the K-Wings won two of the three contests. The two teams battled in the Eastern Conference Finals last season with the K-Wings taking the series over the Nailers in six games, earning an appearance in the ECHL Kelly Cup Finals where they lost to the Alaska Aces in five games.

Playoff history: The K-Wings have earned a playoff berth in each of their first three seasons in the ECHL and have a 14-10 record. The Nailers are making their 14th appearance in the postseason, which ties them for third in ECHL history and are making their first back-to-back playoff appearances since 1997 and 1998. Their playoff record is 45-46.

Special teams: On the season, the two teams are pretty even when it comes to special teams. In their 16 power play opportunities, the K-Wings scored five goals (31.3%) while the Nailers scored five power play goals in 14 chances (35.7%).

On the airwaves: Listen to the games on WLKM 95.9 FM. Both games one and two will begin at 7:05 pm, with the pregame show beginning at 6:55 pm. Fans can also watch the games live on the America One Network. The link can be found on the K-Wings website (www.kwings.com) on the right hand side. Cost is $9.00. 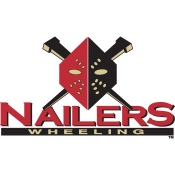