Gregory Allen Howard, age 56, of Three Rivers, MI., passed away on Wednesday, June 13, 2012 at Three Rivers Health. He was born on February 4, 1956 in Salina, Kansas, the son of the late Foyster and Nathalie (Eireley) Howard.

Mr. Howard has been a resident of this area for the last 34 years. He was employed as a supervisor for General Motors (Hydromatic) for many years. On Sept. 4, 1992 he was united in marriage to Mrs. Frances (McKinney) Howard at Temple Baptist Church in Three Rivers where they remained faithful members. He also volunteered for many years at St. Joseph County Juvenile Court as a mentor.

Greg enjoyed fishing and golfing, collecting baseball cards and most of all attending his grandchildrens sporting events, and generally spending time with his family and friends.

Greg was preceded in death by his father, and one brother, Michael Howard.

Funeral Services will be held at 10:30 a.m. on Saturday, June 16, 2012 at the Hohner Funeral Home, with Pastor Kevin Terrell of the Temple Baptist Church officiating.

Interment will be held in Moorepark Cemetery at a later date.

Memorials may be directed to the Temple Baptist Church or Wounded Warriors of America. Envelopes available at the funeral home. Online condolences may be left at www.hohnerfh.com 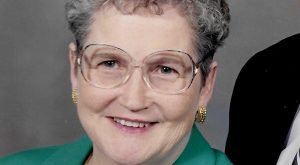