Ray resided in Detroit for a short time. Most of his life was lived in Burr Oak, where he was a graduate of Burr Oak High School with the class of 1967. Following his graduation from Burr Oak High School, he continued his education at Glen Oaks Community College, where he earned and associates degree and furthered his education at Michigan Technological University in Houghton, where he received a bachelor’s degree in Engineering.

Ray was an independent engineer and had been employed by Ford Motor Company in Detroit and also had worked in surveying with Robert Sayers in Sturgis.

Ray was proud to have served his country in the U.S. Navy during the Vietnam War and he was a life member of Captain John J. Kelley Post #1355 VFW.

He is survived by one brother, Robert Sherman of Bronson and two nephews, Bryan (Dorie) Sherman of Ann Arbor and Mark Sherman of Chicago.

He was preceded in death by his parents; and a sister, Ann Louise Hastie.

In accordance with his wishes, cremation has taken place. Burial of the ashes will take place at the Burr Oak Cemetery in Burr Oak at a later date to be announced. Full military honors will be conferred by Captain John J. Kelley Post #1355 VFW and the U.S. Navy Honor Guard. 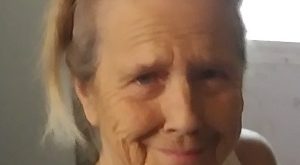