Sydney James Abbott passed away quietly on July 21, 2012, at his daughter’s home in Austin, Texas.

Sydney graduated from Colon High School in 1955 and the following few years were spent driving truck and working at the Colmer Co. in Colon.

He joined the U.S. Army, served two years, became a civilian for a year and then re-joined the Army.  He served in Korea, Germany, four tours of Vietnam and numerous U.S. bases, earning numerous awards and medals, including three Purple Hearts. He retired as a first sergeant after serving 26 years in the military.

He and his wife, Eiko, traveled extensively throughout the United States in their motorhome. Eiko preceded him in death in January 2009.

He is survived by a daughter, Linda Cates of Austin; a son, Mike Taylor of San Antonio, Texas; a granddaughter, Jennifer Marino of Tampa, Fla.; a sister, Linda Abbott Huff of Prescott Valley, Ariz.; nieces Robin Mundt of Tulsa, Okla., and Larrinda Dinger of Lawndale, Calif.; nephew Scott Richards of Kalamazoo; and special friends, Chuck and Joy VanDeventer of Sturgis.

Because of his heritage, he was an avid magician and became one of the charter members of the Abbott/Watson IBM (International Brotherhood of Magicians) Ring #386 in Colon.

No services are planned, per his wishes. His cremated remains will rest with those of his wife. 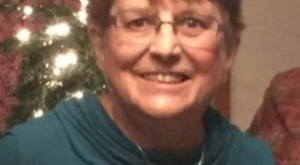