She was born October 24, 1921 in Brushy Prairie, Indiana a daughter of the late Russell and Ethel (Fennell) Blasius.

Mrs. Norton grew up and attended school in Sturgis and was a Sturgis High School graduate with the class of 1939.

In 1940 she married Jack W. Norton and they lived in Michigan, Colorado, Florida and Georgia in the early years of their marriage before settling permanently in Sturgis in 1947. They had four children.

Annadell was first and foremost a homemaker, but also worked at Montgomery Ward, Transogram, Denton Mills and Freeman Manufacturing Company from where she retired. She was a skilled seamstress and did alterations for many people in the community. She was an active member of the First United Methodist in Sturgis, serving on many committees and as president of the United Methodist Women.

In accordance with her wishes cremation has taken place. A memorial service celebrating her life will be held at a later date to be announced. 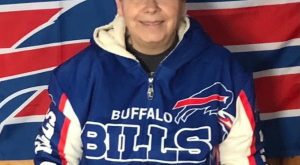