Rodney A. Ryder, age 66, of Sturgis, passed away late Friday morning, Nov. 16, 2012, at his home, following a courageous battle with cancer.

Rod resided in Sturgis since 1994. Before moving to Sturgis, he lived in Saline for five years, Caro for 10 years and his early life was lived in Capac, where he was raised on the family farm.

On May 12, 1967, he married Pamela Ciemniak at St. Nicholas Catholic Church in Capac.

Rod retired in April 2012 from the Farm Bureau Insurance Company following 38 years of dedicated service. Prior to joining Farm Bureau, he had been involved in several business ventures, including owning and operating two service stations and farming with his father and brothers.

He attended Holy Angels Catholic Church in Sturgis and was a past Grand Knight and 4th Degree member of the Knights of Columbus Caro Chapter. While living in Capac, he served on the Town Council and as a part-time police officer. He was active with the Caro Athletic Boosters and enjoyed playing golf, boating, traveling and going to casinos playing blackjack and poker. Rod had many involvements and interests, but what he truly loved and appreciated was time spent with his family especially his grandchildren.

He was preceded in death by his mother.

In accordance with Rod’s wishes, cremation will follow the Mass. 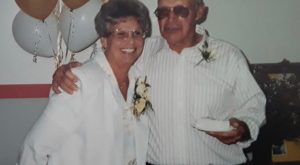