Cecil Elizabeth (Hice) Dilley, 87, of Three Rivers, the eldest daughter of Cecil and Elizabeth (Betty Blum) Hice, left us on May 23, 2013 in the comfort of her home surrounded by her loving family.

Cecil was born on June 2, 1925 in Three Rivers. Her elementary education was at M.J. Huss School and continued at Three Rivers High School. Early in 1943 she enlisted in the United States Nursing Cadet Corps. Following her graduation in June of 1943, she started her nurses training at St. Camillus School of Nursing at Borgess Hospital in Kalamazoo. Usually training lasted three years but because of WWII it was necessary to complete the training in two and a half years; which made it possible to spend the last six months at a military hospital or to enlist into the military service. However, the war ended so Cecil finished her training at Borgess Hospital in 1946. During her training she had three months affiliation at Kalamazoo Psychiatric Hospital.

On a blind date in January of 1946 she met a soldier who was just back from Europe following WWII. His name was Charles Dilley and they married in June, 1946. Cecil’s training was over in August of the same year. They spent their first year in Berrien Springs and in December of that same year she spent two days writing State Board exams in Lansing, passing as a Registered Nurse.

Late in 1947 they moved to Three Rivers. Cecil worked one year at Three Rivers Hospital in 1953. In November of 1954 she accepted a position at the Three Rivers Medical Clinic, working for Doctors Shaw, Penzotti, Bill and Jack O’Dell and in 1956 Dr. Schimnoski joining the clinic. Cecil continued to work for Dr. Don until 2003 which represented 50 years in nursing. During the course of her work, she made many lifelong friends.

* Cecil was active in the Immaculate Conception Catholic Church and the Daughters of Mary. She enjoyed reading and music and traveling throughout the United States. Her happiest moments were spent with her family.

The family will receive friends from 4-7 p.m. on Tuesday, May 28 at the Hohner Funeral Home, with Rosary Services beginning at 6:30 p.m.

Mass of Christian Burial will be held at 11 a.m. on Wednesday, May 29 at the Immaculate Conception Catholic Church with Fr. Donald Potts as celebrant.

Donations may be made to The Salvation Army, Hice-Shutes American Legion Post #170, or Three Rivers Hospice. Envelopes available at the funeral home. Online condolences may be left at www.hohnerfh.com. 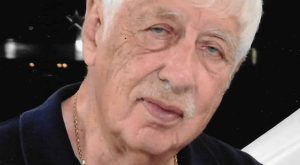