Last year’s crop was decimated by late frosts, and the feeble harvest yielded a mere 2.7 million bushels for growers. This year, however, is shaping up to be a record year, projected to top 30 million bushels, according to growers. Adam Dietrich, Michigan State University graduate and grower at Leo Dietrich and Sons, based in Conklin, Michigan, says this year there is a (quote) “limb-busting crop” adding that some of his branches so full with apples that they snap with a little help from the wind. He says a single tree from 2013 is producing more than an 8-acre block of trees did in 2012. It’s such a big year , it’s created its own set of challenges according to experts. Randy Beaudry, MSU AgBioResearch horticulturist says one of them is maximizing storage to avoid flooding stores with apples, crashing the market and lowering growers’ profits. So there have been new innovations that include a combination of refrigeration with reduced oxygen levels, which can ad months to the shelf life of apples, according to Beaudry.  (MRN) 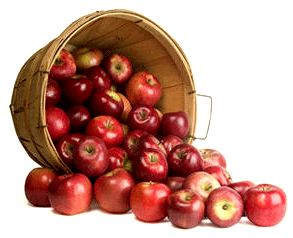