We had the best turn out at our booth this year, that we have had in a long time… perhaps ever! While there are many dis-satisfied people in general with the political landscape of our nation, most visitors were very happy with the direction of the State of Michigan. That was refreshing. They seemed to recognize the change of course in the past two years and are much more hopeful with their future.

Those of us working the booth enjoyed talking with many of all political leanings. I personally spoke with those identifying themselves as Republicans, Democrats, Libertarians, and “Tea Party” supports. One common theme I heard was our need for less government control of our lives and more personal responsibility. There was also a strong sentiment toward a return to the “Faith of our Fathers” that helped to make this nation great.

The Questions of the day were particularly telling as they did not all go the direction most would assume they would go at the GOP booth. I think it demonstrates the fact that we connected and heard from those in all walks of life and from all political leanings. Most of the answers were very consistently strong in one direction. The most intriguing answers to me came on Tuesday and Wednesday. While a strong majority prefers Michigan “opt our of Obama-Care” the votes were two to one AGAINST de-funding Obama Care nationally. Another interesting and strong opinion came on Friday when 93% of voters supported Michigan going to a part-time legislature and term limiting our Federal Officials. 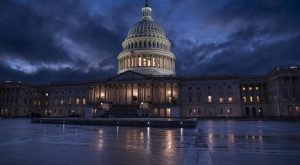 Across the US, a return to democratic order. Will it last?

There was no violence. Many candidates who denied the legitimacy of previous elections lost and …