Police say northern Indiana officers fatally shot a driver who led them on a chase lasting more than 40 minutes that crossed the state line into Michigan. Indiana State Police say the chase began Sunday night in Elkhart when a city police officer tried to stop a pickup truck that had been reported stolen. State police Sgt. Trent Smith says officers from several departments chased the truck as the driver went into Michigan before returning to Elkhart. Smith says the driver was shot by Elkhart officers behind a house near the downtown of the city about 15 miles east of South Bend. No other injuries were reported. Police didn’t immediately release information on the circumstances of the shooting or whether the driver was armed. The driver’s name wasn’t immediately released.  (AP) 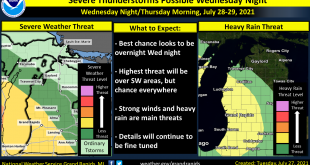