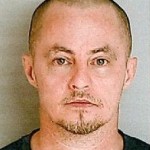 A former Constantine resident described as “a person of interest” in the Jodi Parrack murder case has been arrested on a charge of felony perjury. Investigators with the Michigan State Police said Raymond McCann, 46, was a reserve officer with the Constantine Police Department. He was arrested Friday and arraigned in district court over the weekend on the perjury charge, stemming from an ongoing investigation overseen by a cold-case team of state police investigators, investigators said. Constantine Police Chief Jim Bedell said the perjury charge originates from a statement McCann made while under oath. McCann was suspended from his job as a reserve officer after Parrack’s death because he was a person of interest, Bedell said. Bedell said McCann subsequently resigned from the force. McCann’s bond was set at $225,000. Parrack was found dead Nov. 8, 2007, at Constantine Township Cemetery. Parrack, then 11, had left her home in earlier that evening to join neighborhood children, and did not return. Her death was ruled a homicide.