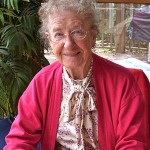 Mary was a very active and faithful member of the Immaculate Conception Catholic Church. She belonged to the Daughters of Mary and the St. Francis Ladies Group. Mary was an ever present lady whenever the church needed her. She loved spending her winters in LaBelle, Fla., and she was also very active at the HealthTRAC and Commission on Aging (C.O.A.). Mary will be forever remembered for her beautiful spirit and her fun loving giggle.

She was preceded in death by her parents; husband, William R. Hanchon; one son, David Hanchon; and four siblings, John, Raymond, Gene, and JoAnn.

The family will receive friends from 2-4 p.m. and 5-7 p.m. with Rosary Service beginning at 7 p.m. on Thursday, May 1 at Hohner Funeral Home.

A Mass of Christian Burial will be held on Friday, May 2 at 11 a.m. at the Immaculate Conception Catholic Church with Fr. Mathew Manalel as celebrant. Interment will be held in Riverside Cemetery.

Memorials in memory of Mary may be directed to the Immaculate Conception Catholic Church. Envelopes available at Hohner Funeral Home in care of arrangements. Online condolences may be left for the family at www.hohnerfh.com.