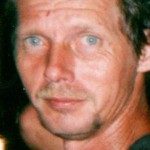 He was preceded in death by his parents; two sisters, Roberta Sue Terry and Judy Louise Terry-Mosier; one brother, Melvin Lee Terry.

A Celebration of Life Service will be held at a later date.

Richard owned Terry’s Tree Service in Coldwater. He enjoyed hunting and spending time with his grandchildren. He was a loving father who will be greatly missed.

Memorial donations may be given to the family to offset funeral expenses.