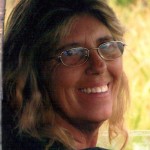 Dena Elaine Vancely, age 63, of Mendon, passed away Thursday, June 5th, at her home. She was born in Three Rivers, MI on October 26, 1950, a daughter of Oscar and Irene (Warner) Parker. She attended school at Three Rivers High School. She was married to Don Vancely in Schoolcraft, MI. He preceded her in death January 1, 2008. She enjoyed fishing, water sports, and mud trucks. She especially loved spending time with her family.

Cremation has taken place. Services will be held by the family at a later date. Memorial contributions may be made to Three Rivers Hospice, 633 Erie St. Three Rivers, MI 49093. Arrangements were entrusted to Eley Funeral Home in Constantine. Online messages may be left for the family at www.eleyfuneralhomes.com.