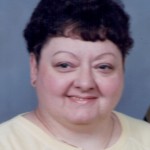 On April 21, 1968 she married Robert Henkel in Centreville. He preceded her in death on December 14, 1995. She graduated from Centreville High School in 1967. Diane worked as a clerk at St. Joseph County Dog Pound for 15 years. She was a member of St. Paul’s Lutheran Church in Centreville and also of the Centreville Card Club. Diane especially enjoyed camping up north and taking trips with her family.