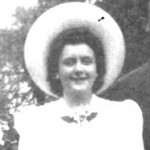 Dorothy F Plank, age 89, of Sturgis, passed away Friday May 30, 2014 peacefully at her home with her loving daughter by her side. Dorothy was born on May 19, 1925 a daughter of the late Hal and Thelma (Herrick) Lego in Pulaski, IN. She moved to Constantine , MI with her family in 1945. Dorothy married the love of her life Marion G. Plank on February 19, 1949 he preceded her in death on October 26, 1991. She worked at Continental Can Co. in Three Rivers for 31 years retiring in 1983. Dorothy fought the good fight. She will be missed so very much by all who knew and loved her, especially her immediate family. Dorothy’s generosity and doing for others went above and beyond, always there for everyone who needed her.

According to her wishes cremation has taken place . A memorial service will be announced at a later date. Arrangements have been entrusted to Eley Funeral Home in Constantine. Memorial contributions may be directed to Sturgis Hospice P.O. Box 126 Sturgis, MI, 49091. Online messages may be left for the family at www.eleyfuneralhomes.com

Barry Mitchell Whitman Sr. of Constantine, passed away on Thursday, May 12, 2022, at the …