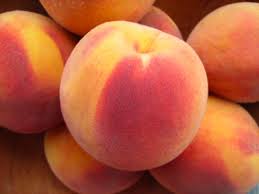 Michigan peach farmers are harvesting a significantly smaller crop than usual this year after an especially severe winter.  The Detroit Free Press reports the U.S. Agriculture Department forecasts that the state’s crop will be down about 50 percent from last year. Extreme cold wiped out most peach buds in Macomb, Oakland and Lapeer counties last winter.  The state harvested 41 million pounds of peaches in 2013. The USDA projects Michigan will drop from the fourth to the eighth state in the nation for peach farming this year, with 20 million pounds of the fruit.  A Michigan State University Extension fruit educator says it’s been decades since the losses were so bad. He says not one of the 60 peach growers in his area have peaches.  (AP)

The Constantine Village Council last week received an update regarding its new wastewater-treatment plant. The …