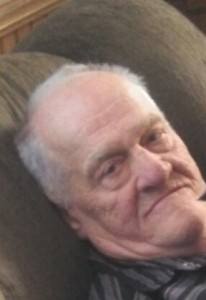 Mr. Metty has been a lifetime resident of this area. He was employed at the White Pigeon Paper Mill for forty years until his retirement. Bill was a lifetime member of the Fraternal Order of Police. He was also a member of the Horseman’s Association. Bill was an accomplished speed and action rider and trainer, who had a great love for horses.

William was preceded in death by his father Gordon, his mother Pearl, one brother Ronald and one sister Connie.

A memorial service will be held 1:00 p.m. on Saturday, August 23, 2014 at the Hohner Funeral Home, with Nancy Boyd officiating.

Memorials may be donated to the Borgess Cardiac Center to aid in the purchase of updated equipment. Envelopes available at Hohner Funeral Home in care of arrangements. Online condolences may be left at www.hohnerfh.com.