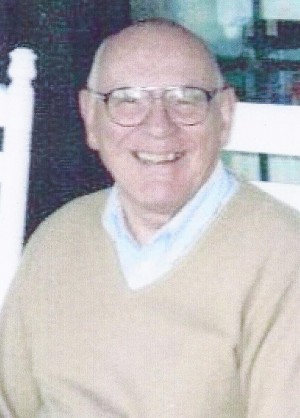 Arnold A. Schten, age 86, of Marcellus, MI, passed away Sunday, December 28, 2014 at Bronson Methodist Hospital, Kalamazoo.
He was born May 16, 1928 in Chicago, IL the son of V. Edward and Lillian C. (Wax) Schten who raised him and his brothers in the Lutheran Church. On December 29, 1950 in Marcellus he married Abigail Schurtz who survives.
Arnold began his teaching career at Everett School in Lansing. He returned to Marcellus to teach there and then became principal at Huss School in Three Rivers. He was also principal at Jefferson School, St. Joseph, MI and became assistant director WMU branch in Muskegon and then director of the WMU branch in Grand Rapids. From there he became principal at Patrick Hamilton School in Dowagiac and principal of Dowagiac Union High School. He retired in 1983 as the principal of Niles High School. In his retirement he raised registered Polled Herford cattle.
Surviving besides his wife Abigail, are two daughters, Sarah (Carmi) Essex of Marcellus and Kay (Ron) McAdam of Penn Township, MI; one brother, Edward (Lynn) Schten of Madison, WI; two grandchildren, Kathryn Essex and Henry Arnold Essex (Vicki Welburn) both of Marcellus and five nephews and a niece. He was preceded in death by his parents and his brother Donald Schten.
The family will receive friends from 10 to 11 A.M. Wednesday, December 31, 2014 in the Mater-Ralston Funeral Home, Marcellus. Funeral services will be held at 11 A.M. Wednesday, December 31, 2014 in the funeral home with Pastor John Messner of the Marcellus and Wakelee United Methodist Church officiating.
Memorials may be directed to the Marcellus High School Band Program or Cass County Council on Aging.
Online condolences may be left at www.materralstonfuneralhome.com