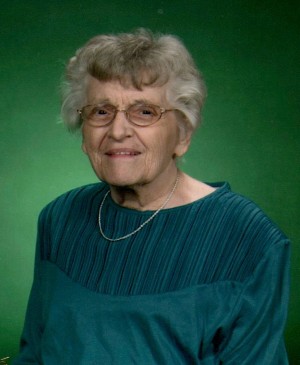 Donna Jean Witmeyer, age 84, passed away on Saturday, January 10, 2015 at Skaggs Assisted Living in Burr Oak, MI. She was born on July 14, 1930 in Marlboro, OH the daughter of Donald and L. Berdine(Folk)Unger. Donna graduated from Marlboro High School in 1948 and took some college courses in Ohio and Indiana. In 1949 she married Robert Lee and divorced in 1963. In 1965 she married Simon Bontrager who passed away in 1967. In 1970 she was united in marriage to Byron Witmeyer, who passed away in 1991. She became a companion to Willard Swartz in 1993. Donna was employed as a secretary and typist. She studied nursing, and wanted to be a registered nurse but was never able to be. Donna was a perfectionist in baking and cooking from scratch, excellent in crocheting, and quilting. She also was a professional clown who went by the name “Hop Sing”, won many bowling trophies, and was an excellent euchre player. She also enjoyed music and played the accordion, coronet, piano, organ, dancing, dominoes, bingo, and riding bicycle. Donna also loved gardening and being outdoors. Donna cherished time with family and friends and was always caring for others. She spent time as a volunteer with Mennonite Disabilities, Oaklawn Foundation and Goldenrod. She was also happy to be a member of the College Mennonite Church of Goshen, IN. Donna leaves to cherish her memory her long time companion, Willard Swartz; sister, Nancy (Stilt) Shreiner of Myrtle Beach, SC; brother, Jerry Unger of Akron, OH, Allen(Billie)Unger of Sebring, OH, and Harry Unger of Butner, NC; many nieces, nephews, and cousins. Donna was preceded in death by her parents, husbands, brothers, Donald J. Unger and James Unger. A funeral service to celebrate Donna’s life will be held on Thursday, January 15, 2015, at Hohner Funeral Home beginning at 1:00 PM, with Lee and Betty Hochstetler officiating. Visitation will be at the funeral home two hours prior to the service from 11:00 to 1:00 PM. Private burial will be held at Marcellus Cemetery. Memorial donations may be directed to College Mennonite Church, MDC Goldenrod, or 1st United Methodist Church of Three Rivers. Envelopes available at Hohner Funeral Home. Online condolences may be left at www.hohnerfh.com.