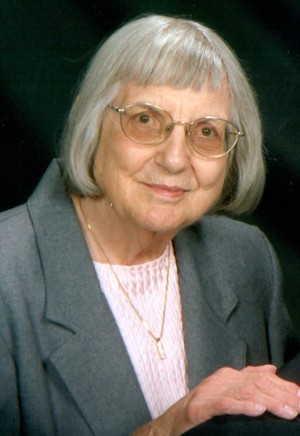 Betty Jane Hassenger, age 88, of White Pigeon, made her triumphant entry into Heaven on Palm Sunday, March 29, 2015. Betty was born in Mendon on January 20, 1927, a daughter of Charles and Laura (Yunker) Crotser. She graduated from Mendon High School in 1944. On February 1, 1969, she married R. Duane Hassenger at Howardsville Gospel Chapel. Betty worked as a proof reader and setter at Sturgis Newport Business Forms, retiring in 1988 after 44 years of service. She later worked in the Constantine Schools cafeteria. Betty was active at Howardsville Gospel Chapel, Three Rivers Bible Church, and most recently Porter Baptist Church, having been a Sunday School teacher and secretary. She enjoyed genealogy, sewing, knitting and spiritual music.

Relatives and friends will be received Wednesday from 1-3 and 6-8 PM at Eley Funeral Home in Constantine. Religious Services will be held at 11:00 AM Thursday at Porter Baptist Church, Pastor Randy Peterson officiating. Interment will be at Constantine Cemetery. Memorial contributions may be made to Heartland Hospice or Porter Baptist Church. Online messages may be left for the family at www.eleyfuneralhomes.com