The Wildcat golf team had their best team score of the year at Allegan’s jamboree on the Red Fox nine at Cheshire Hills Golf Course. The squad had a total of 179, good for third overall. The totals looked like this:

The next league outing for the Three Rivers team will be May 6 at Island Hills hosted by Sturgis. In between on the 30th they will play at Bedford Valley Golf Course in the Gull Lake “Tom Collins” Invitational. 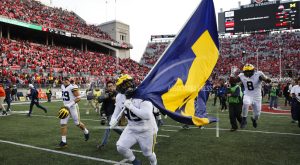