The Michigan Department of Natural Resources announced a white-tailed female deer in Ingham County’s Meridian Township tested positive for the contagious and fatal disease that attacks the brains of infected deer and elk.

Officials say they will require mandatory testing of deer killed in the surrounding area during hunting season and implement a deer and elk feeding and baiting ban in Ingham, Shiawassee and Clinton counties. Unlimited antlerless deer hunting licenses also will be available in the surrounding area, and officials say they will work with trained professionals before hunting season to kill deer and take samples for testing.

Chronic wasting disease hasn’t appeared in Michigan since an infected white-tailed deer was detected in 2008 at a breeding farm in Kent County.

The disease is caused by the transmission of infectious proteins known as “prions” in saliva and other bodily fluids of infected animals, but authorities say it’s not known how the ill deer — which was found last month wandering around a residential neighborhood — had contracted it.

The DNR said the disease has been detected in deer, elk or moose in 23 states, some cases going back decades.

Wildlife officials stressed there is neither a food safety nor a public health issue and lack evidence of transmission to humans, but global health experts generally recommend that infected animals not be eaten by humans or domestic animals.

Officials said the state has tested about 34,000 wild deer since 1998 and found no evidence of the disease. About 21,000 samples from privately owned deer populations have been tested for the disease and all were negative in the state except for the western Michigan case.

Wildlife officers noted that it’s likely the infected deer lived its entire life in Ingham County, since does in suburban areas tend to have a limited home range. Still, they can’t be sure this is the only case.

“There certainly could be other animals infected — we don’t know,” said Steve Schmitt, veterinarian-in-charge at the DNR Wildlife Disease Lab. “This is the first one we’ve found but nobody can say there aren’t others out there. We would expect it’s not the only (one) in Meridian Township.”  (AP) 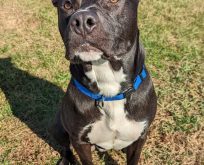