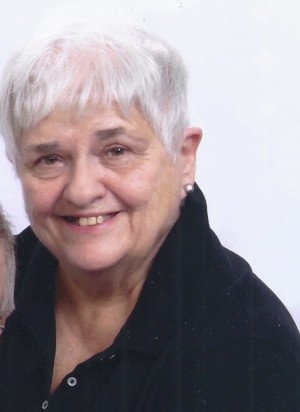 Linda D. Blentlinger, age 70, of Three Rivers, MI passed away Friday, June 12, 2015.
She was born May 11, 1945, the daughter of Lyle DeWayne and Laura May (Johnson) Neaman. On May 26, 1973 at Howardsville Christian Church she married LaVern Blentlinger who survives and they enjoyed their married life in Three Rivers. She was raised in Marcellus and moved to Centreville during high school and graduated from there. She also graduated from Cosmetology School.
Linda was employed thirteen years and retired from Eimo Technologies in Vicksburg, MI. Her hobbies included watching her grandchildren, spending time with her children, visiting her daughter and grandkids in North Carolina, traveling, going to her cabin in Baldwin, visiting family and friends, walking, Bible studies and playing dice. She was a member of New Beginning Church.
Surviving besides her husband, LaVern are two daughters, Laura (Joe) Long of Tabor, NC and Lilah Blentlinger of Three Rivers; one son, Vern (Jolene) Blentlinger of Three Rivers; four grandchildren, Elizabeth and Steven Long, Teddy Barrone and Landon Blentlinger. She was preceded in death by her parents Lyle & Laura Neaman and her sister Lilah J. Heckelman.
The family will receive friends from 5 to 7 P.M. Tuesday, June 16, 2015 in the Mater-Ralston Funeral Home. Funeral services will be held at 11 A.M. Wednesday, June 17, 2015 in the funeral home. Burial will follow in Moorepark Cemetery.
Memorials may be directed to Charity of Donor’s Choice. Online condolences may be left at www.materralstonfuneralhome.com