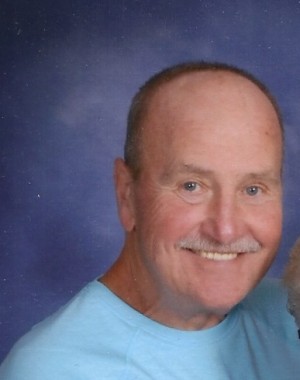 Francis “Frank” Xavier Murphy, Jr, age 71, of Coloma, MI, passed away Wednesday, September 30, 2015 with his family by his side.
He was born June 6, 1944 in Chicago, IL, the son of Francis Xavier Sr. and Bernice (Wsol) Murphy.
Francis was a welder for Pipefitters Local #190 and was brought to this area from Elmhurst, IL for the groundbreaking of the Cook Nuclear Plant in 1970.
Surviving are his longtime companion of 50 years Mary Murphy, four daughters, Donna Gage, Cathy Foster, Lisa Burkart, Christine Davis; two sons, Michael Davis and Richard Burkart; his special Godmother and aunt Helen Olechney; one sister Mary Colleen (Willy) Ottinger and one brother Tim Murphy all of Illinois; seven grandchildren, six great-grandchildren and many nieces, nephews and cousins. He was preceded in death by his parents, son Kelly Gage and grandson, Matthew Foster.
The family will receive friends from 11 to 12 Noon Monday, October 12, 2015 in the St. Joseph Catholic Church, Watervliet, MI.
Memorial Mass will be held at Noon on Monday, October 12, 2015 in the church.
Memorials may be directed to Hospice at Home or St. Jude Children’s Research Hospital.
Online condolences may be left at www.materralstonfuneralhome.com