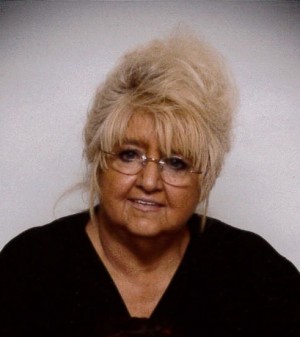 Darlene Joy Mathews, age 74, formerly of Mendon died Wednesday, Dec. 23, 2015 at her Athens home following a one year illness. She was born in Parkville, MI on Nov. 12, 1941 the daughter of Glen and Jeannette (Ward) Dentler. She attended the Parkville School and Three Rivers High School. Darlene loved children. She and her family cared for 92 foster children over a span of 25 years. She loved to shop with her family, craft work, and crocheting.

Darlene was married to Dale Mathews on June 27, 1959 in Parkville. He survives along with eight children, Debi (Frank) Eberstein of Warsaw, IN, Patti Chard of Athens, Shannon (Leasa) Mathews of Mendon, Richard (Dawn) Mathews of Mendon, Bill (Cherie) Mathews of Coldwater, Jim Mathews of Athens, Nathan Mathews of Arkansas, and Nick Mathews of Ft. Wayne; 20 grandchildren; 10 great-grandchildren; two sisters, Donna Voight of Three Rivers and Rosemary Ison of Kalamazoo; two brothers, Steve (Carol) Dentler of Battle Creek and Terry (Sue) Dentler of Constantine; several nieces and nephews; many foster children and their families; and her mother in law, Gela Mathews of Frostproof, FL. She was preceded in death by her parents and an infant sister, Zola Mae.

The family will receive friends from 1 to 3 pm Saturday, Dec. 26, 2015 at the Eickhoff Funeral Home in Mendon. Funeral services will begin at 3 pm Saturday at the funeral home. Cremation will follow services with interment of ashes in Mendon Cemetery at a later date. Memorials will be directed to the family. Condolences may be expressed to the family at www.eickhofffuneralhome.com