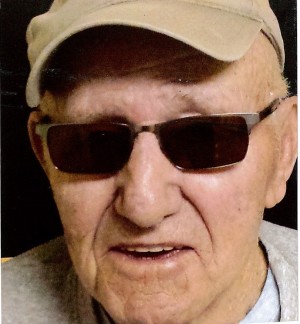 Ronald Sterling “Ron” King, age 82, of Three Rivers, died Thursday, Dec. 24, 2015 at Riverview Manor. He was born in Grand Rapids on Sep. 24, 1933 the son of Sterling M. and Alice L. (Kobb) King. He attended Grand Rapids Central High School, and served in the U.S. Navy. Ron was a route driver for Oven Fresh Bakery, Shaffer Bread Co., Hostess, and Dean’s Milk. He later owned and operated King’s Coney Island Restaurant in downtown Three Rivers, and the Hornet’s Nest in downtown Mendon. Ron was a longtime member of the “Chain Gang” at Mendon High school football games. He was also a clock operator at Mendon Basketball games and the starter for Mendon Track events. He was a member of the Mendon Quarterback Club and drove school bus for the Mendon District. He enjoyed all sports, including golf, and worked briefly at Pine View Golf Course.

Ron was married to Carol Watrous in Grand Rapids on Oct. 8, 1954. She survives along with four daughters, Sherry (Martin) Sikorski of Bronson, Marcie (Joseph) Vrobel of Mendon, Laura (Martin) Benthin of Schoolcraft, and Kelly (John) Guiter of Three Rivers; eleven grandchildren; fourteen great-grandchildren; and his sister, Susan Bingaman of Vicksburg. He was preceded in death by his parents; a grandson, Derek Jones; and his brother in law, Pat Bingaman.

The family will receive friends from 1 to 4 pm Sunday at the Eickhoff Funeral Home in Mendon. Funeral services will be 11 am Monday Dec. 28, 2015 at Crossroads Missionary Church, 22605 M-60, Mendon, MI 49072 with Rev. Thoreau May, and his grandson, Lincoln Klinger officiating. Cremation will follow services and private interment will take place later in Mendon Cemetery. It is suggested that memorials be directed to either the Mendon United Methodist Church, or to the Mendon Sports Boosters. Condolences may be expressed to the family online at www.eickhofffuneralhome.com