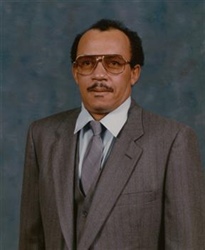 Chet moved to Michigan in 1959. He was employed by General Motors Corporation for forty years in various managerial positions. Chet was well known for helping anyone in the community who needed help. He was very instrumental in getting things done at Bethel Baptist Church, for any family member or friend in need. Chet enjoyed having family cook-outs in which the whole community was welcome.

Chet was preceded in death by his parents, one daughter Alisa Marie Evans, in 2007, one sister, Dorothy Brown Brumfield.

Interment will be held in Riverside Cemetery. Memorial donations may be donated to Bethel Baptist Church. Arrangements by Hohner Funeral Home. Online condolences may be left at www.hohnerfh.com.