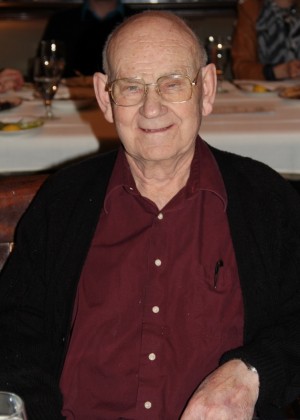 Fred Cooper, Jr., age 88, of rural Three Rivers, died unexpectedly of natural causes at his home. He was born near Vicksburg on Tuesday, Jan. 26, 1928 the son of Fred and Frieda (Lowe) Cooper and was a lifetime resident of the area. He graduated from Mendon High School with the class of 1946, and later served in the U.S. Army. Fred was married to Evelyn Dentler on April 27, 1952 in Parkville where they made their home. He had been employed at Simpson Paper Company in Vicksburg for 47 years and was a member of the Crossroads Missionary Church. He enjoyed yearly deer camp near Baldwin and loved spending time with his family.

Fred is survived by his daughter, Gail (Phil) Kuhlman of Mendon; two grandchildren, Kevin and Ashley Kuhlman; brother, Max Cooper; several nieces and nephews including Rebecca (William) Wolgast. He was preceded in death by his parents; his wife, Evelyn; daughter Debra Cooper; and sister, Catherine Cooper.

The family will receive friends from 2 to 4 and 6 to 8 PM Wednesday at the Eickhoff Funeral Home in Mendon. Funeral services will be 11 AM Thursday, Feb. 4, 2016 at Crossroads Missionary Church with Pastor Bryan Balasa officiating. Military interment of ashes will take place in Parkville Cemetery. The family suggests that memorials be directed to the Crossroads Missionary Church, 22605 M-60, Mendon, MI 49072. Condolences may be expressed to the family at www.eickhofffuneralhome.com