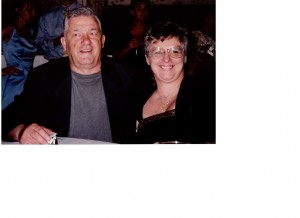 Gary Alan Gamache, age 69, of rural Three Rivers, died Friday, Feb. 5, 2016 following a long illness. He was born in Ashland, WI on Sep. 8, 1946 the son of Alcidis and Nedra (Taylor) Gamache, and attended Catholic schools in Wisconsin. He was a graduate of Kalamazoo Loy Norrix High School and then served in the U.S. Army. He continued to serve in the National Guard for 21 years. He worked briefly at Rynbrand Heating and American Cyanamid before going to work for the U.S Postal Service, performing building maintenance for 42 years. Gary was a member of Hice-Shutes American Legion Post #170, Fraternal Order of Eagles Lodge #2303, and Loyal Order of Moose Lodge #474 all of Three Rivers. He enjoyed travelling, going to car shows, watching NASCAR events, and working on his own cars. He was known as Mr. Fix-It to many, and was always willing to help.

Gary was married to Sue (Nau) Wicklund in Las Vegas on Jan. 15, 1994. She survives along with three children and eight grandchildren, Aaron (Patti) Gamache and their sons, Michael and Thomas of Marcellus, Keith (Tiffany) Wicklund and their children, Devan, Kyra, and Maizie of Fenton, IL, and Katrina (Terry) Shedd and their children, Blaine, Alisha, and Carissa of Tekonsha; and by a sister, Gail Best of Mount Home, ID. He was preceded in death by his parents; and a brother, Guy.

In keeping with his wishes, cremation has been conducted. A memorial service will be held at 1:00 PM Friday, Feb. 12, 2016 at the Eickhoff Funeral Home in Mendon with Pastor Brian Perry of the First Baptist Church of Tekonsha officiating. Moose Lodge rites will be conducted by Lodge #474 and military rites by American Legion Post #170. Memorials will be directed to Mooseheart Child City and School. Online condolences may be expressed to the family at www.eickhofffuneralhome.com