Kenneth Eugene Newton II, age 33 of Sturgis died Sunday, Feb. 7, 2016 at Borgess Medical Center in Kalamazoo. He was born in Berrien Springs, MI on April 19, 1982 the son of Kenneth E. and Susan (Thomas) Newton, Sr. and has been a lifetime resident of Southwest Michigan. He graduated from Mendon High School with the class of 2000. He worked at several jobs, his favorite being at the Intermediate School District.

Cremation has been conducted. A memorial service will be held Friday, Feb. 12, 2016 at 2:00 PM in the Mendon United Methodist Church with Rev. Thoreau May and Rev. Jack Midkiff officiating. A social gathering will follow at the church. Memorial donations will be directed to the family. Condolences may be expressed to the family online at www.eickhofffuneralhome.com 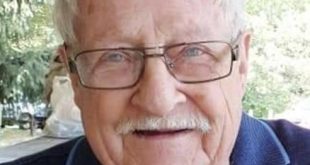