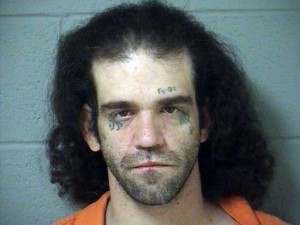 Thornton was charged with arson in the second and third degrees, assault by strangulation, assault with a deadly weapon, unlawful imprisonment and aggravated domestic assault.

Sheriff Joe Underwood said deputies discovered evidence that the suspect had attempted to set parts of the house on fire.

Deputies located the suspect on a nearby road and took him into custody. 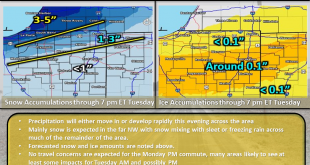 A wintry mix of snow, sleet and freezing rain is moving through the area, causing …