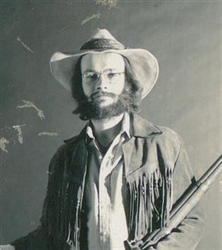 Clark graduated from Three Rivers High School with the class of 1963 and then attended Western Michigan University. Clark was a proud American and served his country in the U.S. Army in the Army Security Agency in the Philippines during the Vietnam War and received his honorable discharge. Clark went on to become a Plumber and Pipe Fitter and a proud member of The United Association of Pipe Fitters Union #357 in Schoolcraft, until his retirement. He was also a member of the Outriders Motorcycle Club and loved his Harleys. Clark was an avid gun enthusiast and dearly loved the many cats he parented throughout his lifetime.

Clark was preceded in death by his parents; one brother, Michael Porter; and sister, Becky (Frank) Holtom.

He leaves to cherish his memory, sister, Judyth Porter of Three Rivers; her children and grandchildren, Amy Jo (Aaron) Goldfarb and children Max and Ben, Loren (Tessa) Souers and son Porter Loren; sister, Deborah J. (Robert) Byers of Friendswood, Texas and their children; brother-in-law, Frank Holtom of Apalachicola, Fla. and their children. Judy wishes to send a special thank you to Clark’s friend, Mark Park, for his friendship, support and assistance to Clark during these past years.

Cremation has taken place and a memorial service will be announced at a later date. Arrangements have been gently handled by longtime family friends Lee, Gabe, Holly, and Dan at Hohner Funeral Home.

Memorials in memory of Clark may be directed to St. Joseph County Animal Rescue Fund or an organization of your choice. Envelopes available at Hohner Funeral Home in care of arrangements. Online condolences may be left at www.hohnerfh.com.