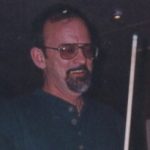 Jerry has been a long time resident of this area. He farmed for many years with Oak Prairie Farms and later was a self-employed semi-truck driver. Jerry was a member of the Colon American Legion Post #454. He was also an avid pool player for Gregory’s Pool League where he made many friendships. He loved to golf and spend time with family.