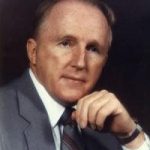 Marvin K. Richardson, 82, of Three Rivers, died Monday, May 1, 2017 at his home surrounded by his loving family. Marvin was born July 21, 1934 in Augusta, Mich., the son of Clare E. and Edna Fern (Pettit) Richardson and was a graduate of Galesburg High School in 1952.
As a young man, he worked briefly for Knappen Milling Company and for his family’s business Augusta Beacon Newspaper.
He served his country with the U.S. Air Force in Albuquerque, New Mexico for four years with the security forces. After his discharge from the service, Marvin was an insurance salesman for 40 years, first with Jackson & Richardson Inc. and then with Lujan Inc. Agency in Albuquerque. He and his family also owned and operated the Adobe Acres Laundromat and dry cleaning in Albuquerque.
He was united in marriage to Eleanor L. Cooley in 1976, she survives. In addition to his wife Eleanor, Marvin is survived by two sons, Larry and Ron Klein of Three Rivers; four grandchildren; two sisters, Mary (Gregory) Hudson of Battle Creek, Susan Hatch of Albuquerque and a brother, Clare Richardson of Hot Springs, Ark.
Marvin excelled at tennis in high school reaching the state level twice, was a lifetime member of the Elks, and had served as Postmaster in Augusta, but mostly he loved spending time with his family and grandchildren.
A memorial service was held on Saturday, May 6, 2017, at Farley Estes Dowdle Augusta Chapel, 307 N. Webster St. Augusta, Mich., with Rev. James Codde officiating. Friends who wish may make memorial contributions to Hospice Care of Southwest Michigan Kalamazoo: 222 North Kalamazoo Mall, 49008. Personal messages for the family may be placed at www.farleyestesdowdle.com