Glen H. Small, age 84, of Marcellus, passed away Wednesday, June 21, 2017 in Three Rivers.
He was born October 28, 1932 the son of Sherwood and Opal (Johnson) Small. On December 31, 1955 in South Bend, IN he married Darlene Weaver who survives.
Glen served in the United States Army during the Korean War as a Paratrooper. He worked as a tool & die maker all his life. Glen enjoyed working in his machine shop and gardening. He absolutely loved his family and enjoyed going to his grandchildrens extra-curricular activities.
Surviving besides his wife Darlene, is one daughter, Lisa (Steve) Overley of Marcellus; two sons, Dennis (Cathy) Small of Marcellus and Randy (Connie) Small of Schoolcraft, MI; nine grandchildren and four step-grandchildren; two brothers, Thomas (Rita) Small of Wilburn, AR and Roger (Pat) Small of Decatur. He was preceded in death by his parents and his brother Garrell Small in 1979.
The family will receive friends from 4 to 8 PM on Tuesday, June 27, 2017 in the Mater-Ralston Funeral Home, Marcellus. Funeral services will be held at 11 AM Wednesday, June 28, 2017 in the funeral home. Burial will follow in Marcellus Cemetery. Memorial contributions may be directed to the Marcellus Fire & Ambulance Service.
Online condolences may be left at www.materralstonfuneralhome.com 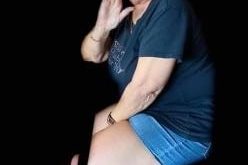