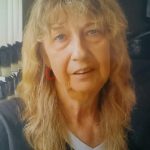 Diana L. Bergakker, age 71, of Constantine, passed away on Saturday, July 29, 2017 at Borgess-Pipp Hospital in Plainwell. She was born May 27, 1946 in Sturgis, a daughter of Harold and Ruth (Church) Preston, Sr.  Diana attended school in Constantine. On November 15, 1985 she married Matt D. Burgakker in Centreville. Diana retired from Crocker Ltd. in Three Rivers after several years of service. She enjoyed tending to her plants and was a devoted and loving Mema.

She was preceded in death by her parents, brothers Harold Preston, Jr. and Gordon Preston, and sister Louise Lawson.

Cremation has taken place. There will be no public services. Arrangements were entrusted to Eley Funeral Homes, Constantine. Online messages may be left for the family at www.eleyfuneralhomes.com.