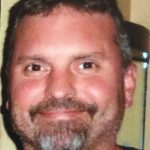 Jason moved to Three Rivers from South Carolina in 1984.  He was a graduate of Three Rivers High School class of 1992. Jason loved to play the drums and playing with his band “Ruckuzz 2.0”. During sunny days he could be found at the golf course playing a round of 18 holes. On August 22, 1998 he was united in marriage to wife, Amy Wheeler at First Presbyterian Church of Three Rivers. His true passion was spending time with his wife and son and the many friends Jason cherished through his life.  Those who knew him will remember his wonderful smile and sense of humor.

Memorial donations may be made to the Jason A. Bottger Golf Scholarship Fund (checks payable to Amy Bottger).  Online condolences may be left at www.hohnerfh.com.