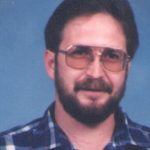 Leon V. Webb, age 62, of Constantine, passed away on Sunday, July 23, 2017 at his home. He was born in Hale, MI on June 13, 1955, a son of Gerald and Jean (LaVack) Webb. Leon received his GED in Elkhart. On May 5, 1984, he married Deanna Stouder in Osceola, IN. He was employed in the Tool Room for Vaupell Industries, Constantine, for the past 7 years, and previously worked for several different RV industries. He was a meat cutter by trade, and was a member of the Elkhart and Goshen Masonic Lodge. Leon enjoyed hunting, fishing and gardening.

He was preceded in death by his parents and brothers Douglas and George Webb.

Cremation has taken place. Relatives and friends will be received Saturday, July 29, from 3-5 at Eley Funeral Home, Constantine. Memorial services will be held at a later date in Hale. Memorial contributions may be made to West Michigan Cancer Center. Online messages may be left for the family at www.eleyfuneralhomes.com.