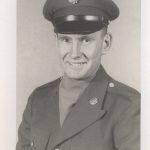 Donald Robert Clementz passed peacefully Friday, August 11, 2017. Don, a lifelong resident of St. Joseph County, was born in Three Rivers, August 5, 1936, to Robert and Luvetta (Daniels) Clementz. He is survived by his four brothers and one sister: Edward Clementz, Las Vegas, Nevada, George Clementz, Centreville, Rodger Clementz, Colon, Dan Clementz, Hulbert, MI and Jane Shepherd, White Pigeon.
After serving in the U.S. Army in Germany from 1959 to 1962, Don returned to his roots in St. Joseph County.
On December 21, 1963, Don married Patricia Page Halferty, daughter of Donald and Shirley Halferty, White Pigeon. Four sons, Jon (Teresa), Eric (Christina), Clay (Maria), and Cameron were born, grew up and attended school in Centreville, also Don’s Alma Mater. Don worked for L.E. Brueck Construction for several years before starting his own construction company. In 1990, he went to work at Burr Oak Tool before retiring in 2003. Don and Pat took many trips around the country until he was incapacitated by Parkinson’s disease.
Dearly loved by his five grandchildren Leah, Matthew, Jonathan, Rebecca, and Remi, he will be missed for his quiet strength and gentle personality. As a long time athlete and sports fan, Don was a strong supporter of his grandchildren’s athletic endeavors; basketball, volleyball, track, and soccer. Many hours were spent cheering them on.
Don’s burial service will take place Wednesday, August 16, at 11:00 at the Calhoun Cemetery (Banker St. and Burgener). A memorial service will be held at the First Presbyterian Church in Three Rivers at 12:00 with a luncheon following.
There will be no visitation, cremation has taken place. The family will be greeting friends at the church. In lieu of flowers, donations can be given in Don’s memory to the First Presbyterian Church in Three Rivers, the National Parkinson Foundation, or the St. Joseph County Animal Shelter.