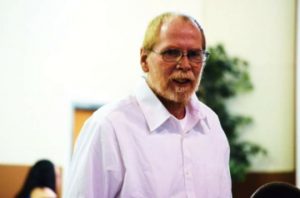 He worked as a supervisor/manager at Norco Industries for the past 5 years, and previously at Leland Engineering for 29 years.

Bert was a member of the St. Joe Valley Old Engine Tractor Association and participated in the Sturgis Toy Run. He enjoyed rebuilding tractors, solitaire and family events.

Relatives and friends will be received Tuesday from 2-4 and 6-8 pm at Eley Funeral Home in Constantine. Religious services will be held 11 am Wednesday at the funeral home.

Burial will be in Poes Cemetery, Jones. Memorial contributions may be directed to the family to help with expenses. Online messages may be left for the family at www.eleyfuneralhomes.com.