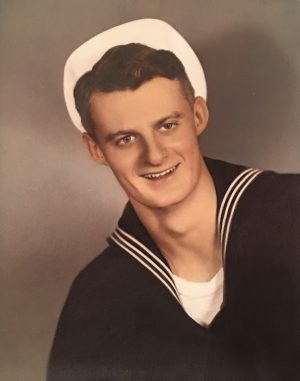 David Lee King, 82, of Three Rivers, went to be with the Lord on February 19, 2018 at his home. He was born in Lansing on June 3, 1935, a son of Leo and Hilda (Shaffer) King. Dave graduated from Bloomingdale High School in 1954 and went on to complete one year of Bible School at Trinity College in Florida. He then proudly served in the United States Navy from 1955-1959. On July 17, 1957, he married Dorothy “Dottie” Murray in Jacksonville, FL, with his dad officiating the service.

David worked at Upjohn for 31 years, retiring in 1995. Previously, he worked for Pratt and Whitney Aircraft in Florida and also for Michigan Cottage Cheese driving truck. He loved woodworking and enjoyed singing, music, and memorizing Scriptures. He was a life long member of Fish Lake Bible Church and previously directed the “Super Sixties” program at church for 10 years.

He was preceded in death by his parents and brother Don King.

Arrangements were entrusted to Eley Funeral Home, Centreville. Online condolences may be left for the family at www.eleyfuneralhomes.com.