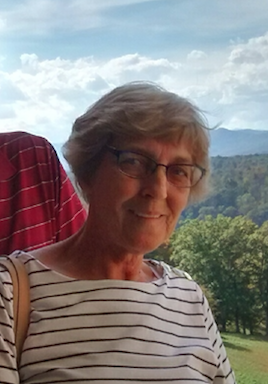 Linda K. Buel, age 72, Constantine, passed away on Sunday, February 25, 2018. She was born in Three Rivers on May 11, 1945, daughter of Reuben and Irma “Irene” (Dowty) Arnold. Linda graduated from Constantine Public Schools in 1963 and later obtained her accounting certification.

Linda married Franklin McDaniel on June 22, 1963; they were later divorced. On July 2, 1986, she married Donald Buel, Sr. He preceded her in death on September 7, 2012. Linda previously worked as bookkeeper for Red Shed Auto and Byron Drew Jr. Accounting Service. She also worked at White Pigeon schools cafeteria and as an individual income tax preparer. She attended Howardsville Gospel Chapel and she enjoyed going to shows at the Blue Gate Theater, reading novels, tending to her flower garden, and spending time with her grandchildren, children, and pets.

She was preceded in death by her parents, husbands, sister Marjorie Arnold, and brother Kenneth Arnold.

Cremation has taken place. Relatives and friends will be received Thursday, from 2 to 4PM at Eley Funeral Home, Constantine, with a memorial service following at 4PM. Memorial contributions may be made to St. Jude’s Childrens Research Hospital. Online messages may be left for the family atwww.eleyfuneralhomes.com.