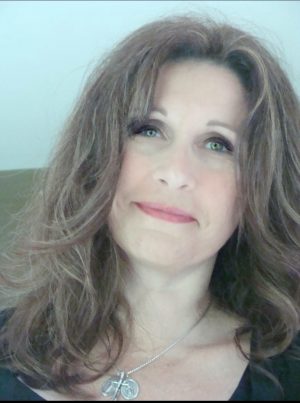 Renee Robin Granzotto, age 58, of Three Rivers, passed away suddenly on Sunday, February 25th, 2018. She was born on October 11th, 1959 in Sturgis, to Arthur “Sam” and Catherine “Kay” (Stump) Roberts. Renee graduated from Three Rivers High School with the class of 1978. She later attended Glen Oaks Community College. In 1983 Renee was united in marriage to the love of her life Mr. Francis Granzotto and together they made their home and family in Three Rivers.

Renee’s first and foremost love was for her family, especially her children and grandchildren, as well as the countless friends she has made throughout her lifetime. She enjoyed raising her children, playing guitar with the “Roberts Family Band”, volunteering at the Immaculate Conception School, and Tigers Baseball, as Renee was a softball player growing up. She and her family always enjoyed their trips up north mainly to St. Ignace.

A Rosary service will be held at 7:00 p.m. on Thursday, March 1st at the Immaculate Conception Catholic Church.

A Mass of Christian Burial will be held at 11:00 a.m. on Friday, March 2nd, at Immaculate Conception Catholic Church with Fr. Antony Rajesh as celebrant.

Interment will be held at Moorepark Cemetery, Three Rivers.

Donations may be made to the family of Renee Granzotto c/o Francis Granzotto to be used for future scholarships. Envelopes are available at the funeral home. Online condolences may be left for the Granzotto family at www.hohnerfh.com